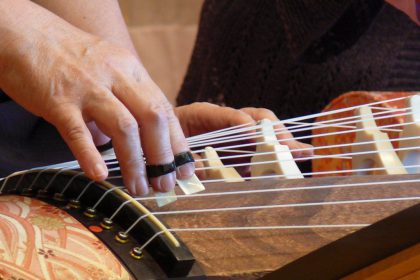 Koto is a string instrument that came to Japan, via China, in the 7th or maybe 8th century. It first started with five strings, then seven and by the time it came to Japan, there were 12 strings, which increased to thirteen strings.

It was a popular instrument among the nobility, we find it many times presented on poetry and novels from these periods as being part of the aesthetics of the time.

At the time, a person who knew how to play well the koto was considered to be very attractive as the interpretation would reflect his or her beauty.

The koto was first used in Japan in the Nara period in performances of court music. In the Heian period, it was used to accompany singers of popular songs, while during the medieval period, it was used as a solo instrument and as an accompaniment to Buddhist ritual chanting.

As the koto grew in popularity as a solo instrument, new musical styles, sometimes including vocals, developed for the instrument. In the Edo period, the koto became a favorite instrument of urban merchants.

Musicians through out the years contributed on improvements and innovations to the instrument, the most know may have been  Yatsuhashi Kengyo (1614–1685), who introduced a brand new style of koto music which he called kumi uta. He is known as “Father of Modern Koto”

The bridges or “Ji” used to be made of ivory, but nowadays are mostly made of plastic, and sometimes wood.

It is played with picks worn on the fingers on the right hand while the left hand bends the strings to give other effects.

Music scores were not written down in the beginning and most of the koto players were blind people so the repertoire was maintained by memory and passed down through apprenticeship.

Nowadays, Koto is played solo, with many other koto, with either shakuhachi or shamisen, and even both together with koto! ^^

Next is a video in which you can listen to this beautiful instrument. Enjoy! ^^ 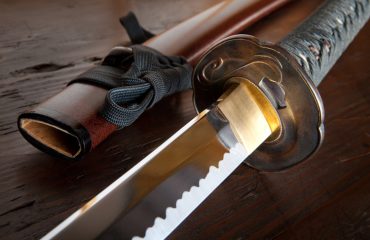 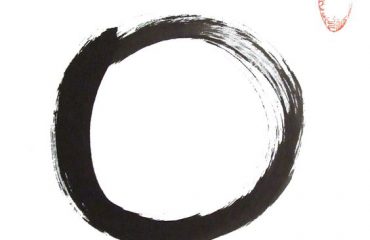 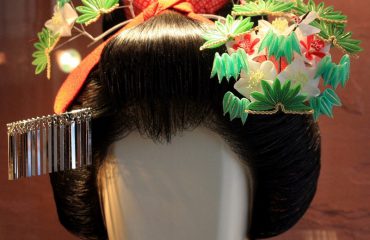