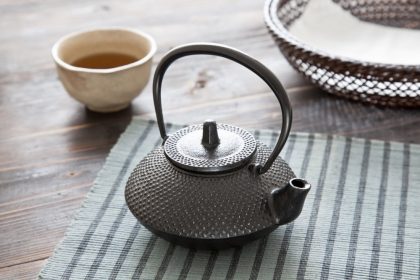 The Nanbu Tekki Ironware crafts dates back to the beginning of the 17th century, when the feudal lord of the Nanbu domain, who ruled the area around the present day Morioka City, Iwate Prefecture (the north of Honshu Island, Japan) invited chagama (iron teakettle) craftsmen from Kyoto.
Afterwards more craftsmen, specialized in the casting and production of iron teakettle, were invited to the Nanbu domain from all over Japan, and were asked to produce iron teakettles, articles for daily use and weapons.
At that time Japan was ruled by the Tokugawa Shogunate (feudal government) which maintained peace for many years. Under this stable administration, people esteemed culture rather than the sword. In the Nanbu domain, cultural interests in literature and the ‘way of tea’ spread, too and in the castle, tea ceremony was held occasionally.

Therefore, in the Nanbu domain, craftsmen of iron teakettle were employed and also protected over many years. Later, one craftsman employed by the Nanbu lord, developed a user friendly iron kettle, which became popular as a kettle.
The invention of the iron kettle triggered production of other utensils from the tea ceremony to items used in daily life. This iron kettle production, protected by the Nanbu domain, became well established and has been handed down to the present time.

In the resourceful Iwate Prefecture rich in iron and charcoal, ironware had been made before the Edo era (17th to 19th century). Even now, Iwate has abundant forests. These natural resources supported the development of Nanbu Tekki Ironware.
This tradition protected and fostered in Iwate is still valued and kept alive in our daily life. 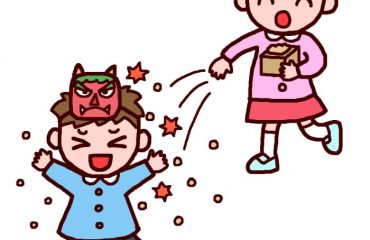 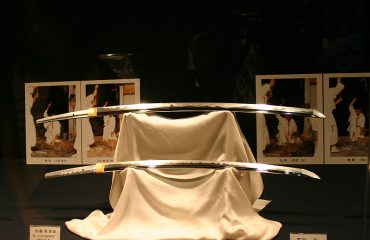 Seki – The Land of the Katana 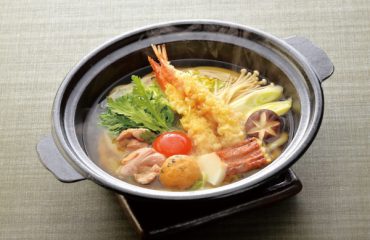